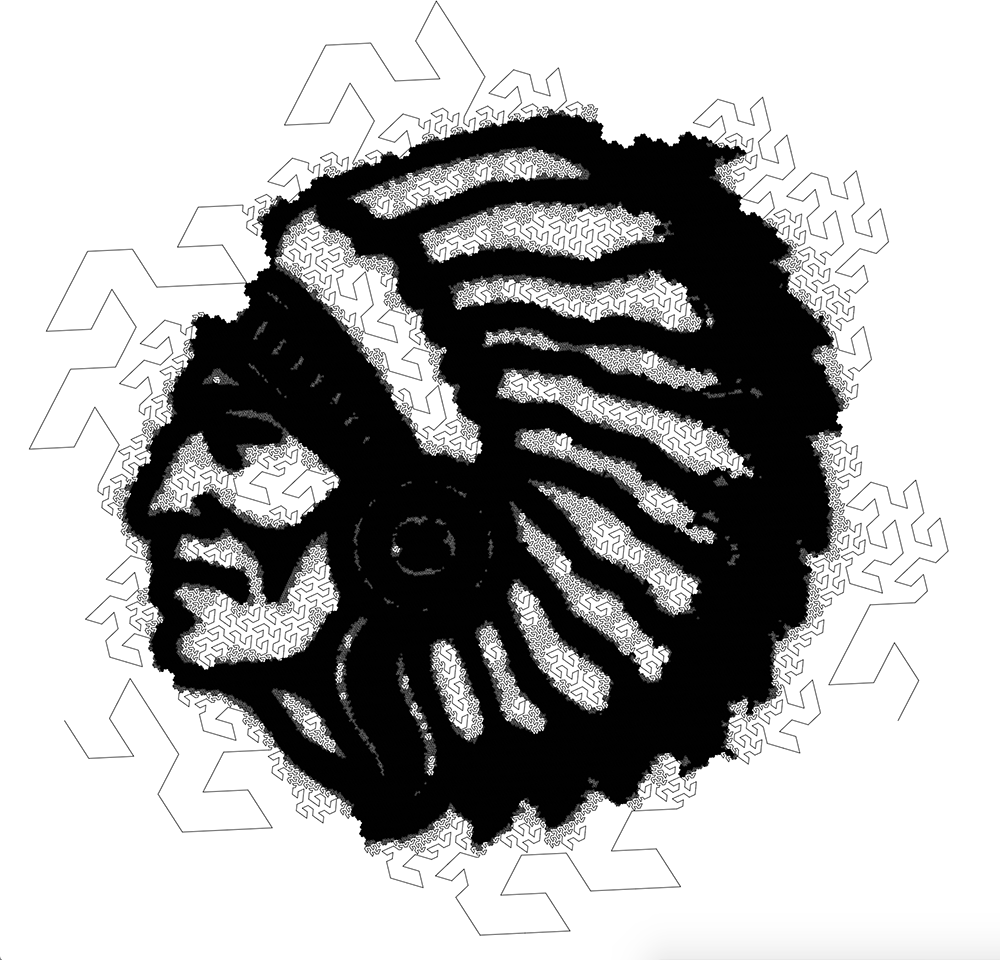 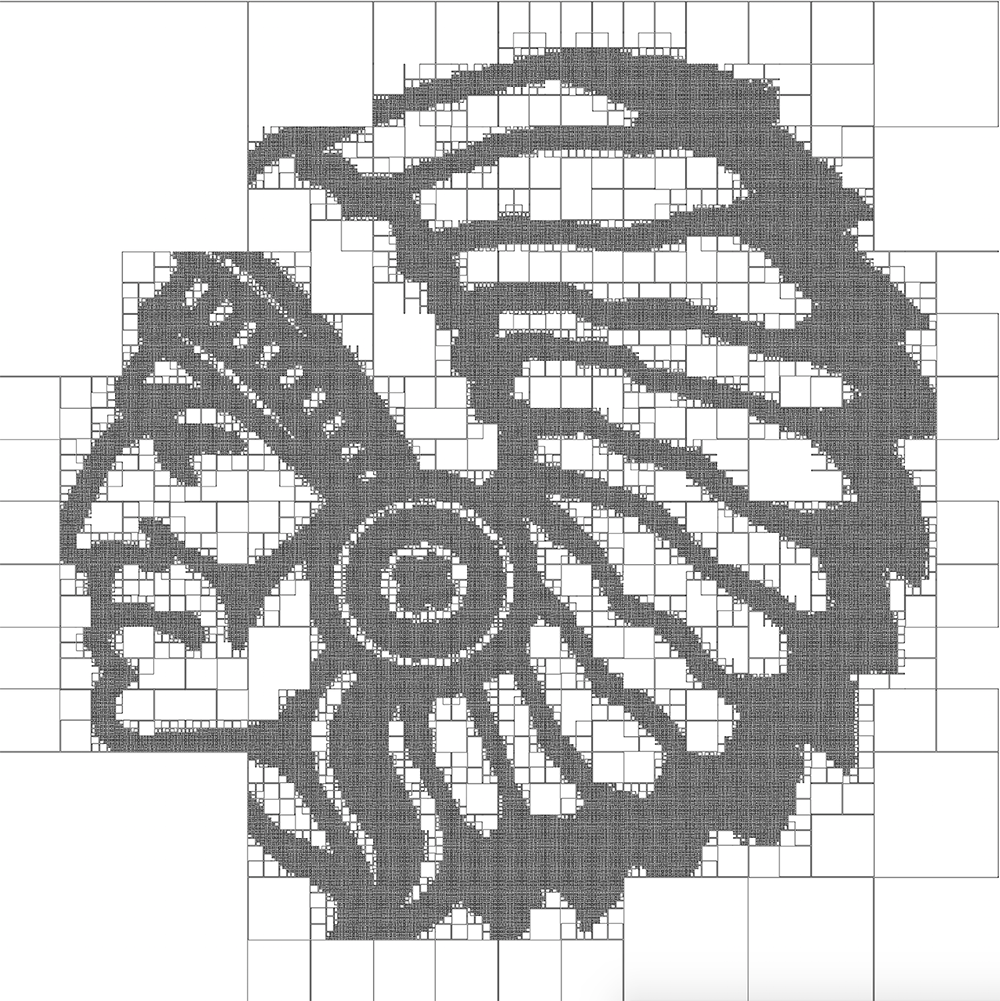 Space Filling Curves is an “image based space-filling curve generator”.

It’s a sort of artwork.

Drag’n’drop the image of your choice on the canvas to generate a hilbert or gosper curve version.

A Space Filling Curve (Hilbert curve or a Gosper curve) is computed from a grayscale image, refined where the image is darker than thredhold.

The image is recusively divided in tiles.

The implementation is much more specific than the Gosper curve one, thus less elegant and more complicated.

For the Hilbert curve, the “tiles” correspond to four quadrant, which means the image is recusively divided in four quadrants, numbered from 0 to 3.

The tricky part is to rotate the curve in the proper way when it must be refined.

The first and last quadrant must be rotated in opposite direction, the traversing order of the quadrants must be inverted, and depending on the previous refinements the rotations must happen in one way or another.

The final algorithm keeps track of the rotation which sums up at each iteration, and whether or not rotation inversion must happen.

At each iteration, the rotation and inversion is computed in the following way: